In my life, I have been lucky to see plenty of shows, but only a few that deserve the title of best.

Now, in my mind, there is a big difference between “favorite” and “best.” Not all of my favorites are the best, and not all of the best are my favorites. I can enjoy things that just are not very good. But here are the top five best shows I have seen.

Seeing the 2015 revival of this Comden and Green classic was a revelation. It was such a fun and delightful performance from one of my favorite theatre seasons. When I think back to seeing this show, I think so much of Kristin Chenoweth’s incredible performance. I truly believe that woman can do no wrong. Another standout was Andy Karl, who deserves to star in a big hit soon. It is a great comedy that is about theatre itself and, I mean, they put a train onstage. I cannot find a picture of it online, but I assure you it was just as awesome as it sounds.

This is a show all theatre fans know. Rodgers and Hammerstein are true legends, and this is one of their best. This revival was from the same 2015 season, and seeing it was honestly just watching that thrilling moment most shows only have one of, except it was for the entire show. Kelli O’Hara is a dream, and I cried watching her win the well-deserved Tony Award for Best Actress for this role. Everything about this show was breathtaking. The set, the costumes, the orchestrations, and of course the cast, especially O’Hara. Another highlight was Conrad Ricamora, who is on one of my favorite TV shows, “How to Get Away With Murder.” The entire show was beautiful, but honestly, for me it’s ALL about Kelli O’Hara, all the time.

3. “Peter and the Starcatcher“
Slightly different, this one is a straight play, not a musical. But it stays being one of my all-time favorite theatrical experiences along with being one of the best. It is so good, that I saw it twice, with two different casts, and it was equally incredible both times. Rick Elice did an amazing job adapting this novel for the stage, and Roger Rees’ and Alex Timbers’ direction truly makes this show magical. This show is just indescribable. It’s hilarious, it’s heartwarming and heartbreaking at the same time, it’s beautiful. I actually made a line from the show my senior quote, and when our yearbook advisor decided we didn’t need senior quotes in the yearbook, I painted it on my graduation cap.  “Everything ends, and so our story begins”. And the ending of the play still gives me chills just thinking about it.
2. “Pippin“ 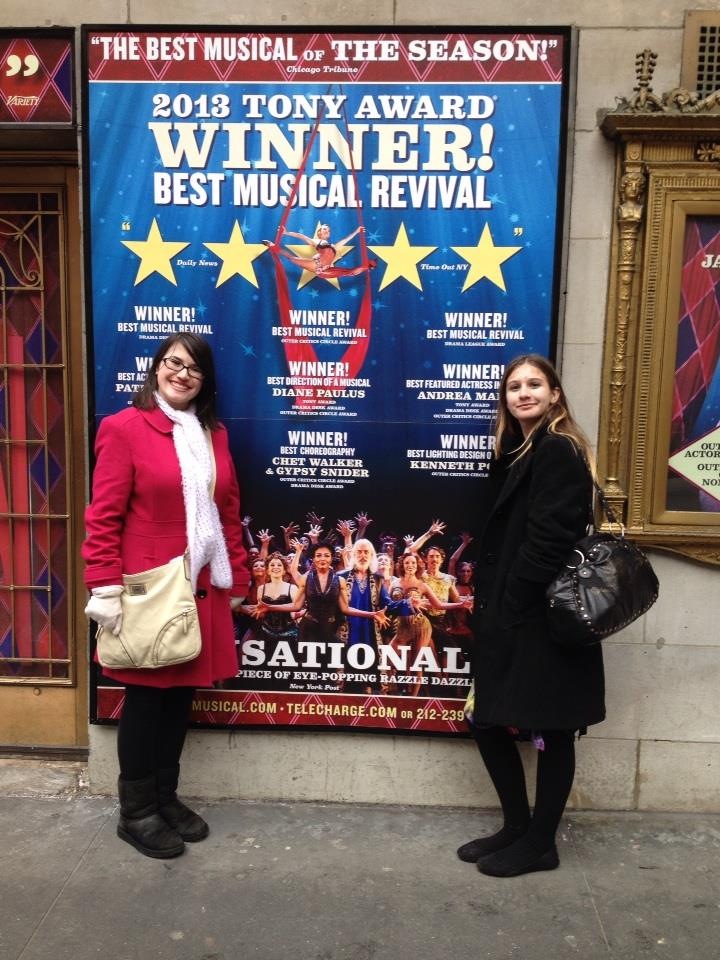 This 2013 revival was almost number one on my list before I thought of something else, but just know it was very very close. This production was perfect in every single way. Revivals are difficult, and especially with a show like this that is so popular for community theatres, it can be hard to turn out something that is completely fresh. That is exactly what director Diane Paulus did here. I still think about this production all the time. It was just that good. Matthew James Thomas (who my mom still calls Johnathan Taylor Thomas even now) was a fantastic Pippin, and I could seriously talk for hours about just HOW AMAZING Patina Miller was as Leading Player. The circus choreography was absolutely genius. Not only was this one of the best shows I have ever seen, I would say that it is hands down one of the greatest revivals of a show in history.
And here is the number one best show I have EVER seen…
1. “Fun Home“
Everything about this show is beautiful, inspiring, and life-changing, and that is no exaggeration. Another huge hit from the 2015 season, I vividly remember begging my mom to buy tickets for my birthday before the Tonys aired, because I knew it was going to win so many and the ticket prices would massively increase (I was right, by the way). It’s revolutionary. I still want to be Sydney Lucas when I grow up. There’s really just nothing better than this. There’s no element I would change about this show. It’s perfect. I was just crying listening to it earlier, as I do every time. The greatest moment in theatre history is probably in “Flying Away (Finale)” when all three Alisons sing “I can see all of Pennsylvania” and then they come together on “fly away”. It’s thrilling. It’s perfect. Listen to this show, if you haven’t. I beg you. If you have, listen to it again. On repeat, endlessly.
Well, I’m off to cry over “Fun Home” once again. Let me know if you agree with some of these, or what your best shows are!